Research and Reference for ~*Daffodil*~ & The Brain

This body of work is a story about loving the universe expressed through a flower, a gift of creation shared between heart and brain while contemplating the meaning of life, a personal reality in a diverse world inspired by the ancient truths uncovered along the way that feed our hungry soul.

And so the journey begins here for  ~*Daffodil*~ & The Brain and how that thought demonstrates such a process on three 4' x 6' gallery canvas.

The intention was to map the journey of energy from the birth of a star, whose reflection rests on the petal of a daffodil mirroring the light of life itself in a simple dewdrop,  a kiss from God.

I must confess here that my humble mind left the mathematical arena and quite simply flew out the window with the wind right after the Fibonacci sequence found it's way to canvas #1 The Universe.  What did then emerge on the canvas is indeed a joyful interpretation of the surrender to creative energy itself.

This moment is one of great gratitude to the brilliant focused and dedicated souls who so generously share their personal achievements to the awakening of understanding who we really are and our Global Responsibility to that image of ourselves we hold so dearly in the truth of our own heart.

Thank you so very much for taking the time to peruse the work and as well for your patience as I figure out how to give a proper salute to most valuable contributions to mankind and the quest to understand the self.

Graceful Recognition is work in progress...


May God Bless you all through Eternity and beyond

I know not what I do... yet I understand so much more than before this work began, however, feel so much smaller in the wonder of our Infinitesimal Universe!

The Flower with a Hidden Agenda:

History of the Daffodil;
~*Daffodil*~ The revealer; the opener who trumpets to our light and illumination!

The myth of the daffodil says that they are the living essence of a young man who fell in love with his own reflection and died pining away for it.
https://www.flowermeaning.com/daffodil-flower-meaning/

Daffodil compounds may help with depression

Daffodil drug's Alzheimer's help - Galantamine
Sir Roger Jones - The compound is extracted from daffodils and turned into crystals.
A daffodil crop grown in Powys which will be used to produce a drug to fight Alzheimer's disease is ready for harvesting, its growers have said.
Read More:http://news.bbc.co.uk/1/hi/wales/mid/8007175.stm 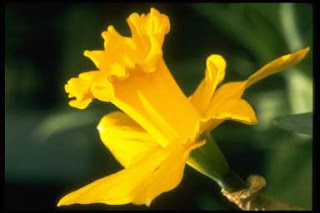 Daffodil Month
In April, show your support for someone fighting cancer.
April is now Daffodil Month and on this occasion, the Canadian Cancer Society (CCS) launches a big solidarity movement in Quebec to make a difference and help thousands of Quebecers in their fight.
Read More:
http://www.cancer.ca/Quebec/How%20you%20can%20help/QC-Fundraising/QC-Daffodil%20Month.aspx?sc_lang=EN#ixzz2LqqrielM
https://www.bbc.com /news/uk-wales-mid-wales-11500024 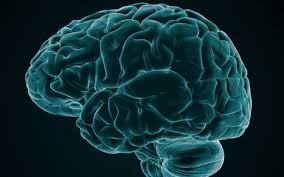 How Does The Brain Work
Science Documentary
https://www.youtube.com/watch?v=UTcOc80Z2n0&list=PLBkEZ0DgqyO3ZsPShvd19Hdj025pEesWE&index=2
Blood Flow to the Brain

The Pineal Gland is a Gateway - Death is but a gateway ~
https://www.youtube.com/watch?v=fNVoVfZ98kI


The Shift is about to hit the fan: Narrated by David Icke - Turn Off Your Television,
Howard Beale:"Tell A Vision"- Nearing 2012 Presents
https://www.youtube.com/watch?v=hP4T2-wcRRg

The Science of Consciousness
1 of 2 - Biophotons - Life, Consciousness, and the Language of Light
https://www.youtube.com/watch?v=gxx6yBZncMg

What is the structure of water? 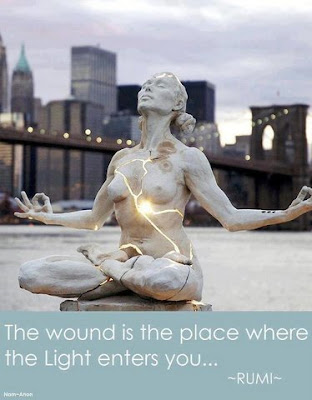 Toward the First Revolution in Consciousness
Google Tech Talks
August 8, 2006
B. Alan Wallace, Ph. D. has been a scholar and practitioner of Buddhism since 1970.  He is currently seeking ways to integrate Buddhist contemplative practices and Western Science to advance the study of the mind.  He is the founder and president of the Santa Barbara Institute for Consciousness Studies.
Read More: Toward the First Revolution in the Mind Sciences


Learn about Space Weather with the SUN SERIES


The Galactic Free Press
Planetary alignment that will take place Dec 3, 2012 is dead-on
alignment with the Pyramids at Giza. There are no accidents
http://soundofheart.org/galacticfreepress/content/planets-align-giza-pyramids-1st-time-2737-years-dec-3rd-2012 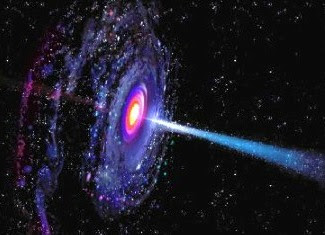 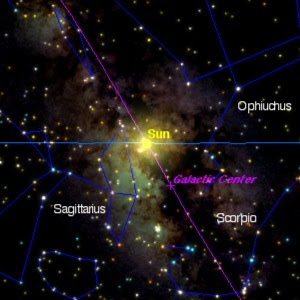 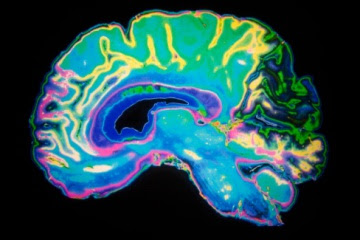 Colored MRI scan of the brain, with the brain stem in the lower right in blue. The brain stem regulates the central nervous system, sleep cycles and cardiac and respiratory function. 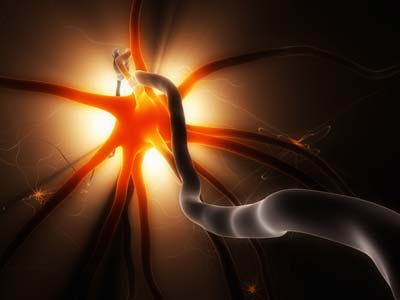 Brain neurons contain a cell body, an axon, or cable-like projection, and dendrites, which are nerve endings. See the different types of brain neurons next. 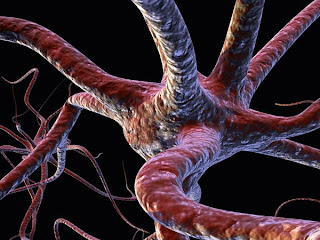 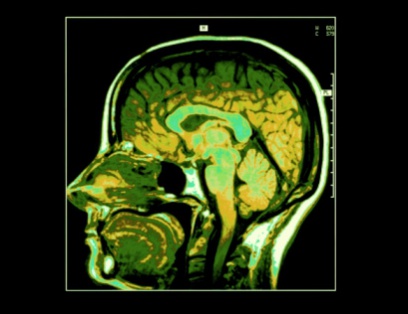 MRI scans make the brain visible underneath the eight bones in the skull that protect it. These scans have taught us much about the brain and can determine problems such as stroke, brain infection, tumors and multiple sclerosis. 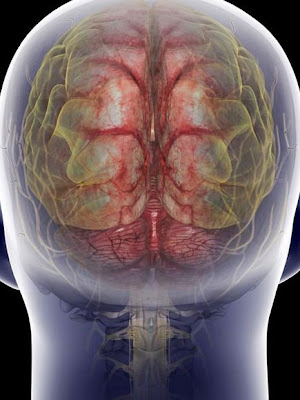 Brain and Cervical Spinal Cord
Image by 3D4Medical.com/Getty Images
A rear view of the skull reveals the brain and the cervical spinal cord, which function together as the central nervous system. The remarkable apparatus uses motor neurons to control the body's many muscles and enables humans to perform myriad physical activities. 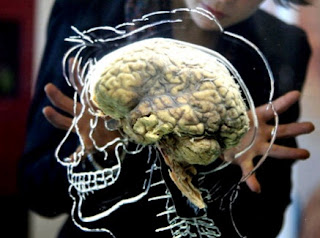 This brain was provided by an anonymous donor for The Real Brain exhibit in Bristol, England. The average human brain is about 2 percent of body weight and is typically beige, pink and off-white in color. See how the brain fits in the skull next.
Photo by Matt Cardy/Getty Images 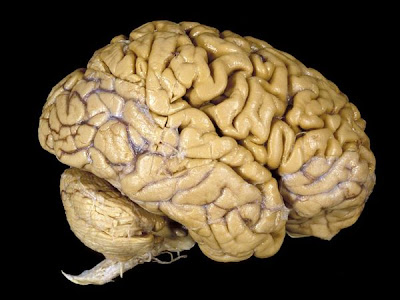 ~*Daffodil*~ & The Brain YouTube Playlist
The Boy with the incredible brain

12 Strands of DNA : Our Spiritual Heritage


For years science has recognized that we have two active physical strands of DNA.  We also have a further ten energetic DNA strands which have been dormant within the Human Being for many centuries.  These dormant strands of DNA have been discovered by scientists, who not knowing the function of these strands, have identified them as ‘junk’ DNA.

For a DNA Activation Session with Kate, please go to the following link:http://www.spiritpathways.co.za/dnaact.html


The 13th DNA Strand
Portal to Higher Evolution
Up until the present time most individuals have worked with the 12 strands of DNA and have not yet allowed that 13th step or strand to evolve in their lives.  The 12 strands of DNA. Channeled to Shirley Catanzaro
How well our brain functions is based on our family's genes
Submitted by Mohit Joshi on Fri, 03/04/2011 - 10:10
https://www.topnews.in/healthcare/general/health-news

Message To Eagle
Our Brains are Wired Like The Checkerboard Streets of New York City!
March, 31 2012
http://www.messagetoeagle.com/ 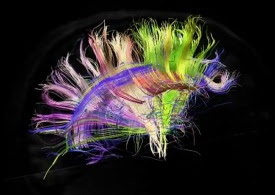 
All About The Human Genome Project (HGP)

The Human Genome Project (HGP) was one of the great feats of exploration in history - an inward voyage of discovery rather than an outward exploration of the planet or the cosmos; an international research effort to sequence and map all of the genes - together known as the genome - of members of our species, Homo sapiens. Completed in April 2003, the HGP gave us the ability, for the first time, to read nature's complete genetic blueprint for building a human being.
Read More:
https://www.genome.gov/10001772/

Urban Elder
"A crone is not an age, nor is it a time, it is a state of mind. What sets a crone apart, is her willingness to tell the truth about her life." ~Candice Wilmore
Newer Posts Older Posts Home
Subscribe to: Posts (Atom)

Imelda FB Maguire
Oshawa, Ontario, Canada
My Papa always said never to be afraid to ask questions, ask as many as you need for a right answer! Life is about uncovering the hidden facets of the self through any form of art in order to understand the who and what we have become by living our daily life experience within our conscious emotional brain. Without color life would be a dark void. Believe, that is also beautiful!